7 months ago I wrote a post about the CCNA being impossible. I basically raged at Cisco for doing a terrible job at including everything needed to know to pass the test in their recommended study materials. I definitely still think that’s true, but I still managed to pass ICND2 yesterday! Now for the run down of the testing experience.

I’ll begin at the end. I left the testing center with an incredible mix of emotions. When I clicked “End Exam” I expected to get a $165 printout of the areas I needed to improve. That’s actually what I was going for. I didn’t expect a passing score. I just wanted to walk away with a plan to pass the next attempt. My chest wasn’t pounding with stress this time when I clicked the button. I was prepared to see a red score on the next page, so when I saw “Success! You scored 850 out of 811,” I honestly felt a lump well up in the back of my throat. After all the late night coffee and Monster fueled lab binges, after buying my 2nd copy of Odom’s ICND2 study guide just to re-highlight anything I didn’t know by heart, after earning honors by blowing away every exam in college and having my confidence stripped by 3 failed ICND2 attempts…there it was when I least expected it.

And I really didn’t expect it. This attempt was by far the worst Cisco exam I have taken. The wording was not just obscure, it was downright cryptic. I blew through the labs, but spent multiple minutes on some multiple choice questions because I couldn’t figure out what Cisco was asking. It was like the test was written in another language and run through Google Translate. Worse yet, I believe multiple questions exhibited poor technical word choice. It would be a question such as “Spanning tree interface behavior x [left out so cisco doesn’t sue me] is performed in which of the following modes.” It would then list out all of the interface roles and status, with both a role and status matching. Now pick one. Only one. As in radio buttons, not boxes. So you’re to ascertain from the question whether it’s a role or a status, right? Wrong! There no such thing as an interface MODE in spanning tree. This isn’t trunking!

The good news is I finally didn’t see any frame relay or RIP on the test. The IP addressing in questions was also about 50% IPv4 50% IPv6, so Cisco is really getting serious about IPv6. That I definitely loved.

I must not be too disgruntled. After I finish writing this sentence, I start studying CCNA Security. 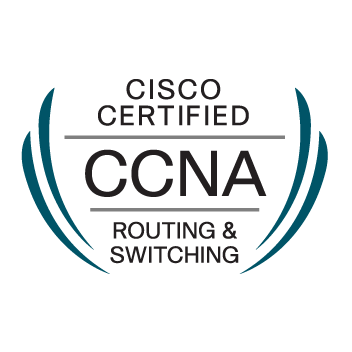